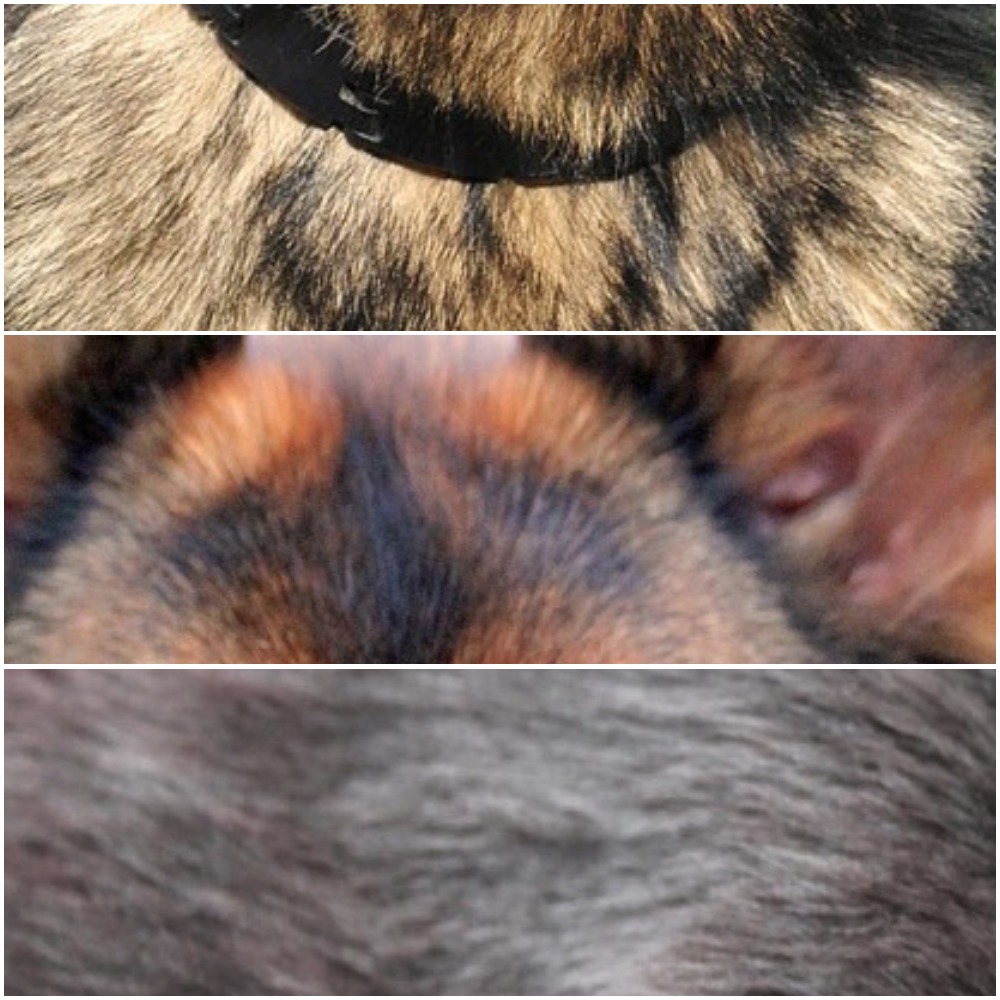 The gene series is called the A series (Agouti series) and can produce different color variations and patterns depending on how the genes arrange themselves – even wolf grey/silver.

Let’s look at the relation between the Agouti German Shepherd and also sable coloring in dogs.

Agouti comes from the A series Agouti gene series.

The Agouti series has four different alleles in the series:

What the Agouti series does is affect which cells produce eumelanin (black pigment, or liver/isabella/blue when modified) that appear in the dog’s coat.

It can combine with other gene series, or act on it’s own to modify or dilute certain colors, and even affect the pattern on the dog’s coat.

How Does Agouti affect German Shepherds?

There are 5 distinct appearances of the main types of German Shepherd bloodlines (the American bloodlines in particular can be a range of colors though):

Most commonly black and tan/cream

Most commonly black and red

So, we can see the German and Czech lines are affected most, but you might also rarely see blue german Shepherds affected by the tan points, and also the recessive black gene solid black German Shepherds.

Czech German Shepherd could be shaded sable – shaded sable dogs overlap with tipped sables and are red dogs with brown and black hairs.

But, they are most likely Agouti without being combined with phaeomelanin (red) color dilution.

Agouti is fur that is banded with black all over, and can be almost identical to shaded sable. But, the pattern is like traditional tan points.

When combined with red dilution, the red hairs become cream or greyish.

This is where silver or Grey German Shepherds probably come from.

Sable dogs are born when they have one sable allele on their A series.

But, the A series can only be expressed in the appearance of the dog if there is no dominant black allele on the K locus (brindle series).

Sable dogs can be tipped in some parts of the body with black hair, but tipping can vary (as opposed to agouti).

Sables can have three patterns – clear (solid phaeomelanin), tipped or shaded (with eumelanin).

Different patterns in the Agouti series can affect how the German Shepherd’s saddle appears – whether it stretches down or recedes up closer tot he ridge line of the back.

Dog Genetics does a fantastic job of explaining and summarising with photo examples here, and here.